Held the first Friday of the month, Gallery Nights showcase the various works from European and Latin American art masters to outstanding contemporary artists. Be on the lookout for the orange paintbrush on the side of the Trolley and on special Trolley stop signs to find a dedicated Gallery Night Trolley that will loop between Coral Gables galleries and art venues participating on Gallery Night.

A former Rio de Janeiro correspondent for the Associated Press, the award-winning journalist has had a career that’s led her all over the world, from Iraq, Malta, and Libya to Spain, France, and the United States. It was her home country of Brazil that inspired her debut book, Dancing With the Devil in the City of God: Rio de Janeiro on the Brink, a thoughtful, thoroughly researched portrait of Rio’s struggles for change after being thrust into the international spotlight by the 2014 World Cup and the 2016 Olympics. Barbassa helps readers understand what’s happening on Rio’s streets and with the Brazilian government’s preparations for the World Cup and Olympics, as well as its efforts to strengthen the economy and combat organized crime. 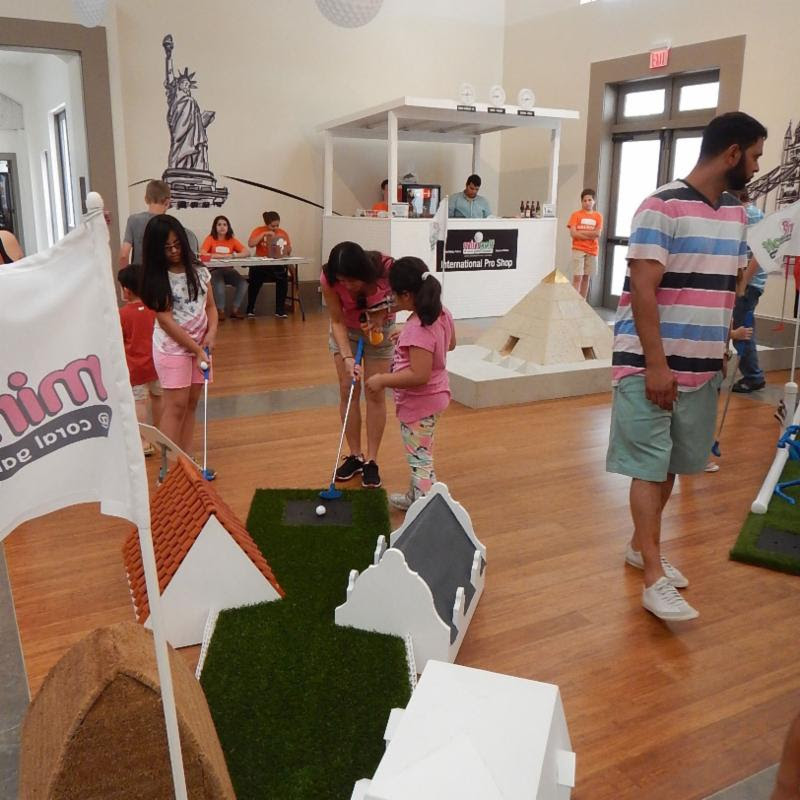 Kids these days don’t get out much. It’s all videogames and iPhones, never sandboxes and libraries. That’s all right, because as a parent, you have the right to drag them out of the house and force them to have some old-fashioned fun, and your perfect excuse comes every second Saturday of the month with Family Day on Aragon. Family Day is a combined partnership among Gables Cinema, Books & Books, and Coral Gables Museum, and each venue prepares something family-friendly for the day. Wake your babies up early and take them to see the adorable Shirley Temple in the 1937 classic Heidi, showing at 11 a.m. at Gables Cinema (260 Aragon Ave., Coral Gables) — it’ll definitely give the kids and the adults a new appreciation for classic cinema. After the movie, walk across the street to the Coral Gables Museum (285 Aragon Ave.) for some fun activities for the kids, like coloring from 2 to 5 p.m., free of charge. After that, end your family day next door at Books & Books (265 Aragon Ave.) for a 5 p.m. reading of the children’s book Seashells for Lilly, by Easter Huggins Anderson. Visit gablescinema.com, coralgablesmuseum.org, and booksandbooks.com

America’s most prolific filmmaker is at it again. Here is Woody Allen’s 45th opus. Neither a drama nor a comedy, but a dramedy instead, Irrational Maninvolves the arrival on campus of Abe Lucas (Joaquin Phoenix), a professor that “should put some Viagra into the Philosophy department.” Gravitating toward Abe-in-a-funk are science colleague Rita (Parker Posey), locked into a loveless marriage, and especially Jill (Emma Stone), a bright student smitten by the older man’s contradictions. When Abe finds the meaningful act he’s been searching for,Irrational Man reveals its kinship to Match Point and Crimes and Misdemeanors, swerving into its final act with Hitchcockian aplomb. The Ramsey Lewis Trio’s classic “In-Crowd” provides the music motif and Daris Khondji’s widescreen lensing the eloquent visuals for an American Master very much at the top of his game on the eve of his 80th birthday.

What happens when a college psych study goes shockingly wrong? In this tense, psychological thriller based on the notorious true story, Billy Crudup stars as Stanford University professor Dr. Philip Zimbardo, who, in 1971, cast 24 student volunteers as prisoners and guards in a simulated jail to examine the source of abusive behavior in the prison system. The results astonished the world, as participants went from middle-class undergrads to drunk-with-power sadists and submissive victims in just a few days. Winner of two awards at the Sundance Film Festival, including Best Screenplay, and created with the close participation of Dr. Zimbardo himself, THE STANFORD PRISON EXPERIMENT is a chilling, edge-of-your-seat thriller about the dark side of power and the effects of imprisonment. Featuring an extraordinary cast of rising young actors, including Ezra Miller, Olivia Thirlby, Tye Sheridan, Keir Gilchrist, Michael Angarano, and Thomas Mann.